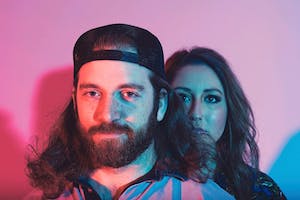 DASH began in February 2018, after lead members Kayti Korte and Ben Morris began writing songs together. The vocal powerhouse duo aimed for a full band sound rooted in rock 'n roll, soul, and funk. The band played their first show in March 2018, and released their debut single, 'Apathy', in May 2018, followed by their debut album, 'SUPER', in October 2018. 'SUPER' is the sound of that first, fiery rock band. Upon releasing their debut album, DASH hit the road. In their first year they were named "Best New Local Band" and had the #2 "Best New Album" by the Bozeman Magazine.

Macavoy is a synthpop duo of beatboxing and bass from New Orleans. Grounded in indie and funk and bordering on the experimental. Always delivering. 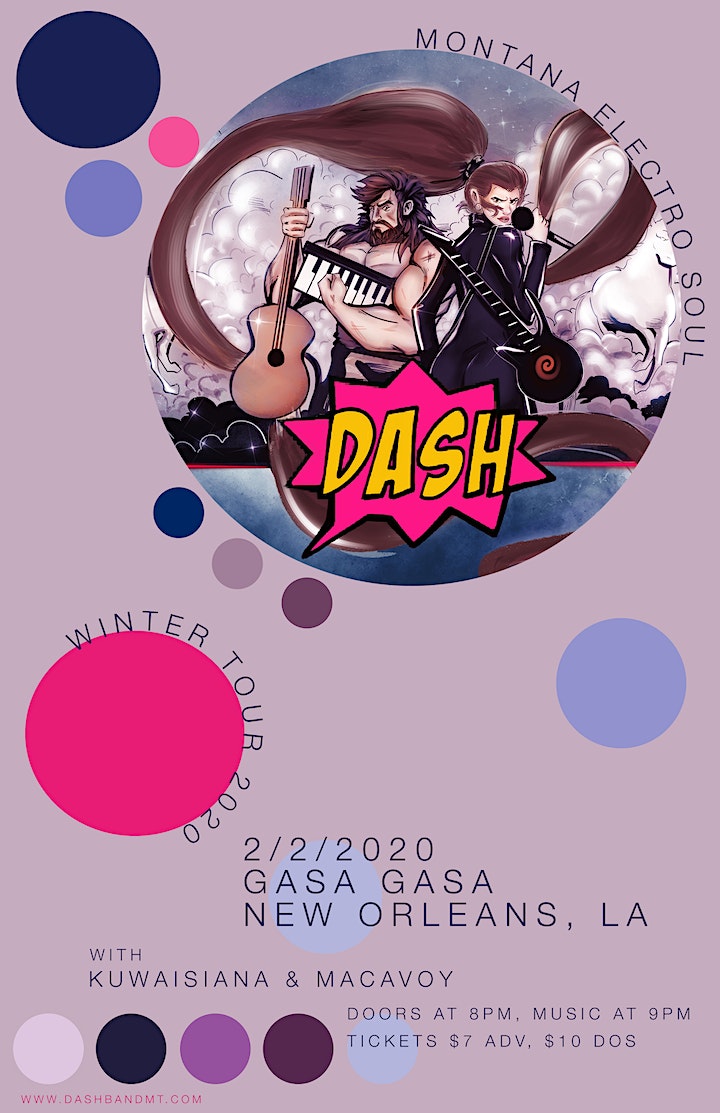